To find out how you can sponsor me, please go to the Sponsor a Pony page.

Hi, my name is Tawny and I would like to tell you all about myself in the hope you may decide to sponsor me. I need more sponsors because I really don’t think they can afford to feed me. They are always poking my tummy and measuring my girth and muttering about too much grass. I would like to see any grass let alone too much. To find out how you can sponsor me go to the Sponsor a pony page. 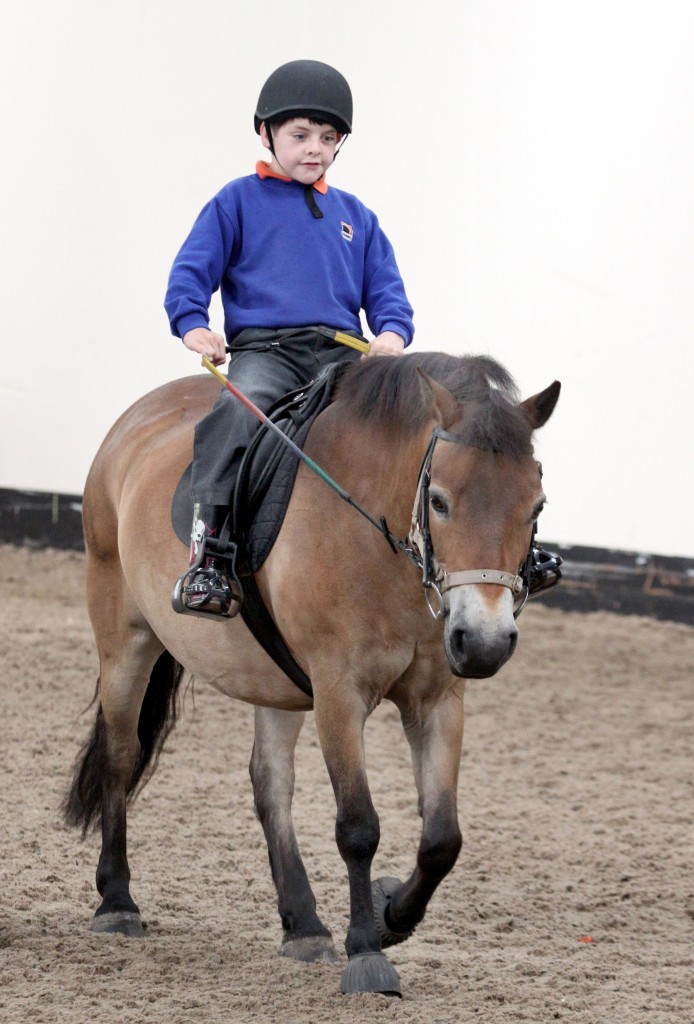 Anyway, enough moaning, let me tell you about me, I am an Exmoor pony and my ancestors go back to the ice age (not sure when that was but it sounds impressive). Those of you who follow the exploits of Barrow Farm will know that Exmoor ponies have played an important part in the group. So I start off with an advantage as far as the boss goes, she has a very soft spot for Exmoor’s. In her eyes I am the “George Clooney” of the horse world. And I must say that apart from her obsession with my waistline she treats me quite well. Some say she spoils me but that’s just because they don’t understand me. I have to admit I’m not everyone’s cup of tea, too strong, too wilful, too greedy, too clever, cocky and confident, a typical Exmoor pony in fact. But take the time to get to know me and I just know you would love me. 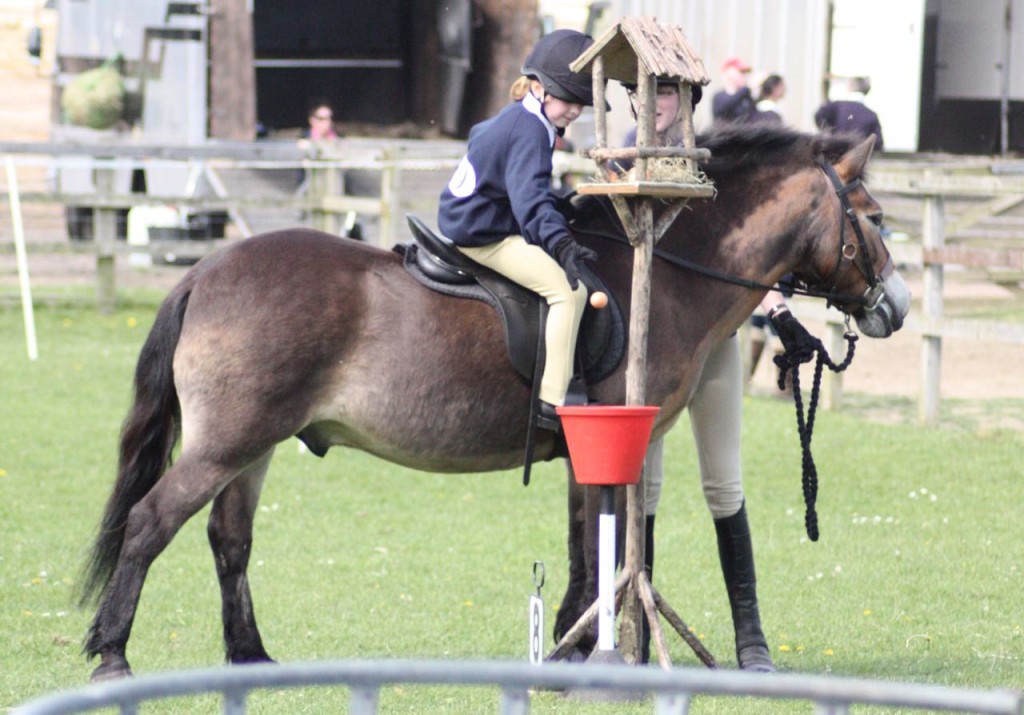 I was born in the Exmoor village of Wooten Courtney in 1995, and spent my early years there. Then together with my mother, sister and aunt I moved up country to Buckinghamshire. At eight years old I was rather belatedly broken in to ride and advertised for sale. And guess what, Barrow Farm bought me. As I was still very inexperienced the boss spent nearly nine months teaching me how to be an RDA. pony. I am grateful she took the time because the work is a real challenge and a pony needs to be prepared, I must stand still, walk when told, trot (but not too fast) tolerate noise and fidgeting and be nice to volunteers. This last one can be a problem if there’s grass about. 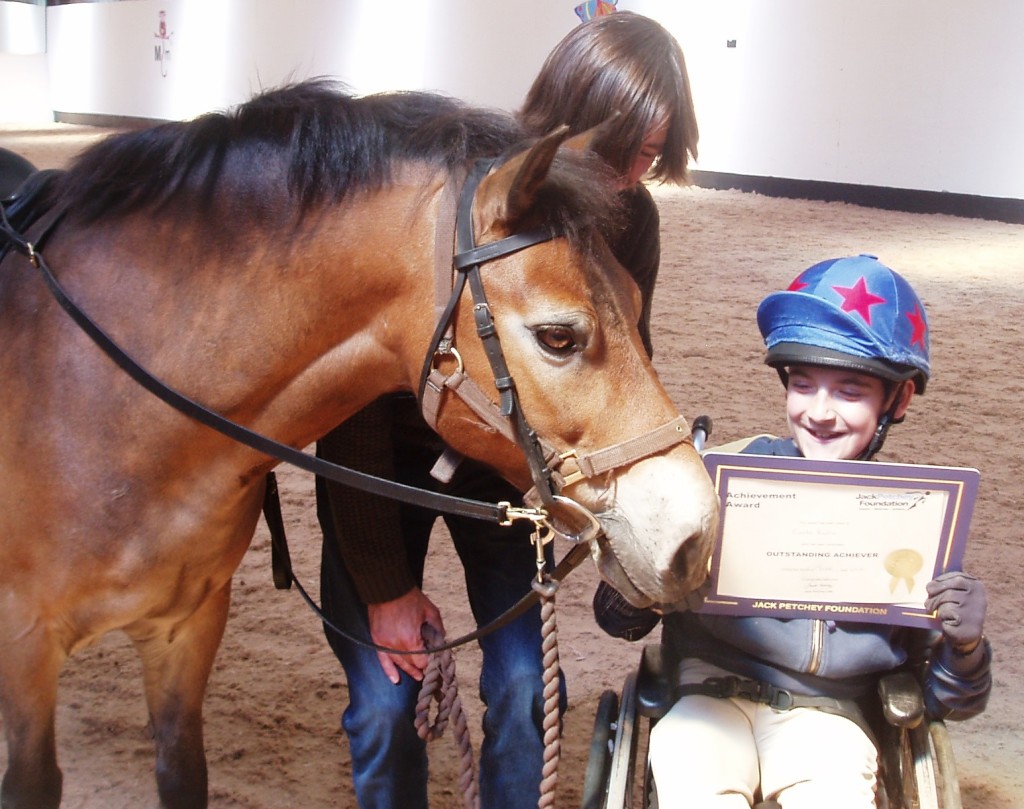 So all things considered I think I fell on my feet when I came to Barrow Farm. Which is just as well because talking about feet or hooves as mine are properly called, I have a bit of bad luck in the hoof department. Whoever designs Exmoor ponies made a big mess of my front feet; I think they got me mixed up with a donkey (we both share mealy muzzles). I have to go to the vet and they take pictures, then after a lot of head scratching and discussion between farrier and vet I have special shoes made for me. It’s nice to be special but I would rather have good feet. I rather suspect it all costs a lot of money, another reason I need lots of sponsors. 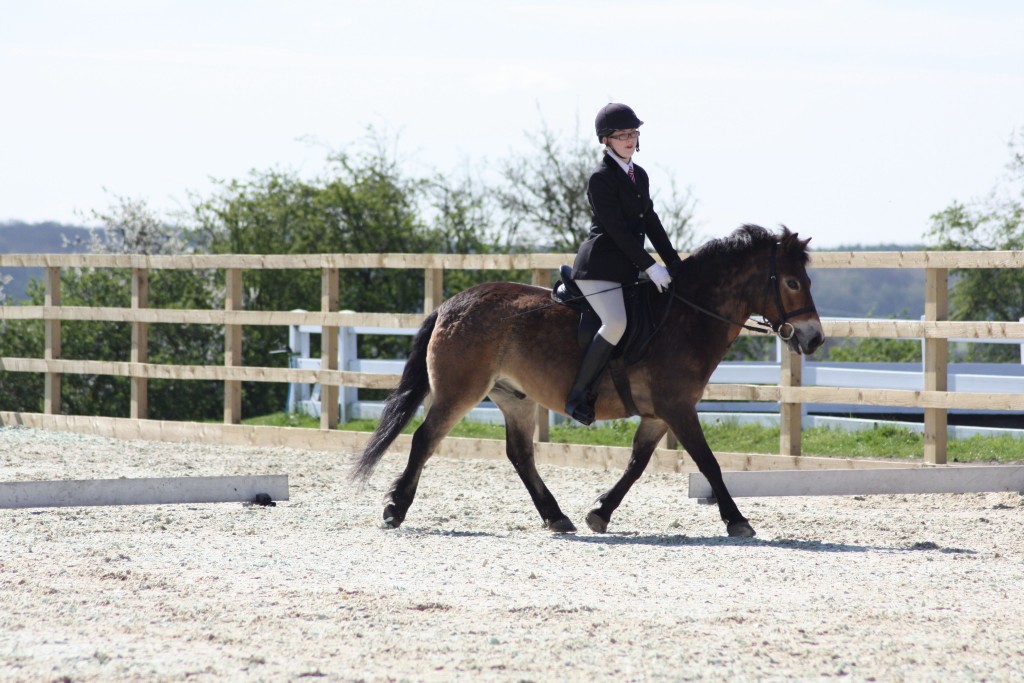 The boss likes to see me doing things so I have had to learn dressage, don’t I look flash in the picture. Livvy looks quite good too but it’s me doing all the work. All she has to do is sit and steer (well that’s what I think) but don’t tell her I said so. RDA ponies need variety and I’m always up for an outing, there might be grass!

To see Tawny at work take a look at the video below.

Hoorah. I am now officially a STAR. Every year the Exmoor Pony Society ask its members to nominate and vote for the Exmoor Pony Star of the year. Anne nominated me for the fab work I do here with my riders. I WON, The boss says I must not get too big headed but really I think she should look at herself, she is so proud. I won what is the biggest rosette we have ever seen and a lovely gold star, all presented to me at Open day. It wasn’t the easiest thing to wear but I do think the colours suited me. 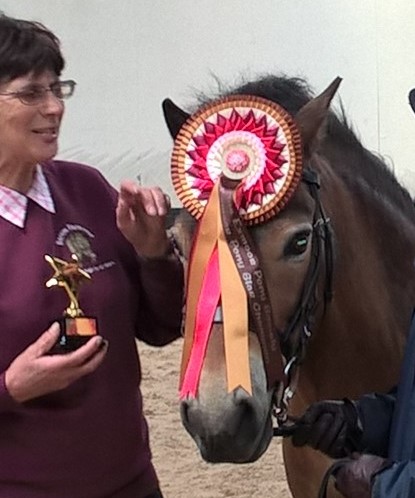 Well I was supposed to cutting back on my activities and staying at home more now I am in my twenties. So I went to regionals in 2017 and 2018 but I was not supposed to go to the Nationals in 2018 but just before they were due to go Lula and Rafferty both went lame and I had to step up to the job. Always reliable and can be called upon at short notice, that is me. It was easy work, I had done dressage with Charlotte, who rides in the total vision impairment class the year before so that was a walk in the park. I don’t think Clare was so impressed when I needed to stop for the toilet in the middle of the countryside challenge!

I have spent this winter working hard on a Saturday and with the school rides until lockdown stopped riding. Although it has been a very wet winter, Boycie and myself have managed to live out in the field nearly all the time. I do have to stay in after I have had my new shoes on though as my feet have to stay dry until my filler has set! I’m still having fun being cheeky. During lockdown with only staff working there are not many opportunities to sneak (well push) out of the door when someone isn’t paying attention or drag unsuspecting leaders off to get a quick nibble of grass on the way to the riding school. I for one, am really looking forward to seeing all my riders again and getting stuck into some work (and all the opportunities that gives me to munch some grass when no-one is expecting it).

Well it turns out when we started work again after lockdown I was called upon first as I am super safe and know the job so well. Although they didn’t seem so pleased when I just wanted to go where I wanted to! I have helped train lots of parents to help mount and do some leading and side walking, so I have been keeping busy.