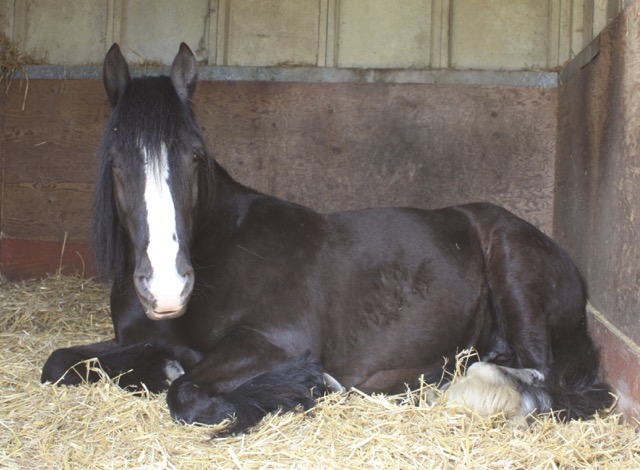 Lula had a fancy name of Piper Lou (more on why later). She was born in 1999 and her main purpose in life was as a driving pony. In 2011 Barrow Farm received a donation from the Tobacco Pipe Makers and Tobacco Trade Benevolent Fund to buy a new horse or pony. Lula was lucky enough to be that chosen pony and it was because she was supported by the Pipe Makers her posh name was Piper Lou.

She was a black cob with a white stripe down her face and one white sock that had some black in it so her sock never looked super white like some of the other horses do. Unlike most of the other cobs at Barrow Farm she did get to keep all my hair for many years, so the yard staff and volunteers had to spend a lot of time brushing her lovely long mane and her feathers. After she stopped doing so much driving she did eventually get her feathers trimmed, they are just so much easier to manage in the mud and wet of an Essex winter. She only used to have her bib (the front of her neck) and her belly clipped. The one winter we clipped her and she wore rugs she hated it. Rugs were not her thing and that was the one and only year she wore them.

Lula like all the ponies at Barrow Farm enjoyed going out in the field, for many years that was with her friend Macie, although at the end of her life she shared the field with Penny, Vella, Millie and Summer. Some days she wouldn’t roll in the field but when she rolled she rolled and would come in covered in mud. But because she was black she cleaned up rather well. Lula liked her food and she made a lot of noise (by kicking her door) if it didn’t arrive fast enough. 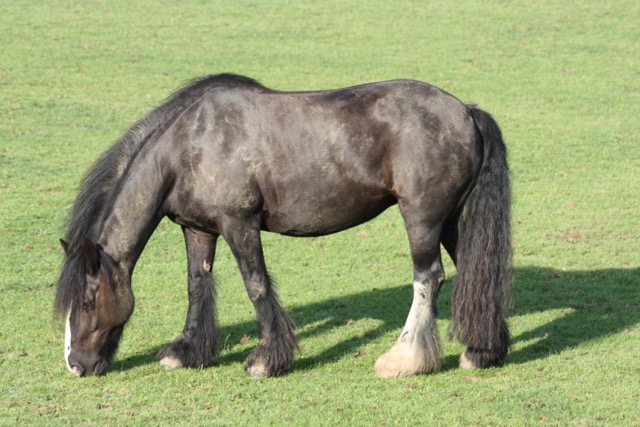 When Lula first arrived she was not very fit and had to get used to her new home. Then she started her RDA training to be a ridden pony, her training went well and she was soon a regular on the rides. Whilst she was starting her riding work, Anne found Lula some driving tack to fit. The first part of preparing a pony to become a RDA driving pony is getting to know that pony, so initially Anne spent time just getting to know Lula. Firstly Anne lunged and long reined her and soon found that she was happier in blinkers than without. Then Lula was put in the cart and Anne started to drive her regularly, down the lane and around the block. During this time Lula continued to improve on the RDA lessons. Learning to patiently stand still was really important for both driving and ridden work.

The next stage of Lula’s driving training was to learn to pull the bigger of Barrow Farm’s two carts. This bigger cart can accommodate a wheelchair and is therefore very useful to the group. To get the wheelchair into the cart ramps are attached to the back of the cart. These are stored under the cart when not in use and make quite a lot of noise to get out and put away. This meant there were quite a few days when a team of people just spent time ensuring Lula was happy to stand still whilst the ramps were unloaded set up, a wheelchair put into the cart and the ramps put away again. It never really occurred to her to move but apparently we had to make sure that she was absolutely happy with all the noise. 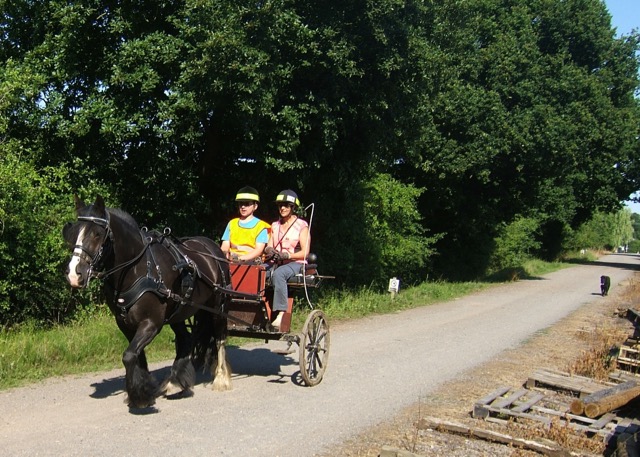 Whilst all this driving training was going on Lula had become a really useful riding pony and she was starting to do more riders that needed alternative mounting arrangements. She was, therefore, trained to use the hoist meaning she was able to have riders that found mounting difficult.  In 2012 Isobel took Lula in the in-hand cob class at the Braintree Riding Club show and she won her class, it is not too often that Lula got any red rosettes but it just goes to show her versatility.

Most of Lula’s driving work was done in the summer (it is a bit difficult to pull the cart in the mud and the drivers do not like getting cold and wet). Lula worked with both Anne and Stephen (a volunteer driving coach) and later was also driven by Lainey and Sally. 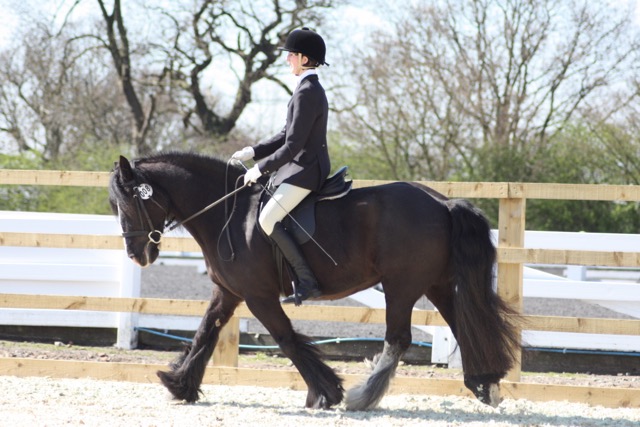 Lula wasn’t just a driving pony though she also did dressage! It started with Clare taking her out to competitions to make sure she did not get too excited at shows, then she went to the regional championships at Oaklands College for the first time in 2013. She also did the Countryside Challenge (and she was not like that Tawny, you didn’t catch Lula trying to eat the grass or the apples). In 2015, Emma and Lula qualified for the National Championships in Gloucestershire.  In preparation for the big event Lula and Emma went to Cambridge College to do an Intro to Para dressage class so when the big day came and Emma rode Lula in the big arena at Hartpury College she did not put a foot wrong. 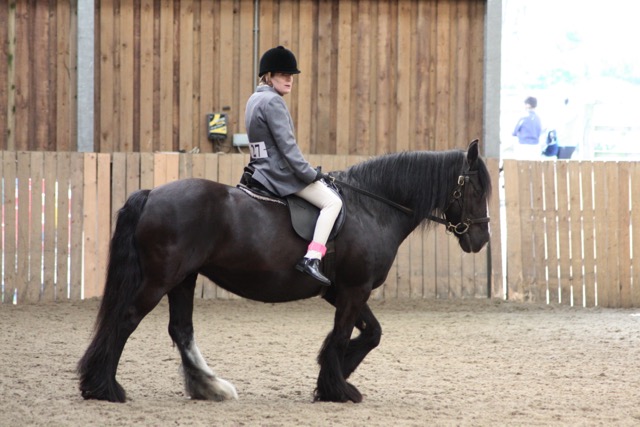