If you would like to adopt me, please go to the Sponsor a Pony page. 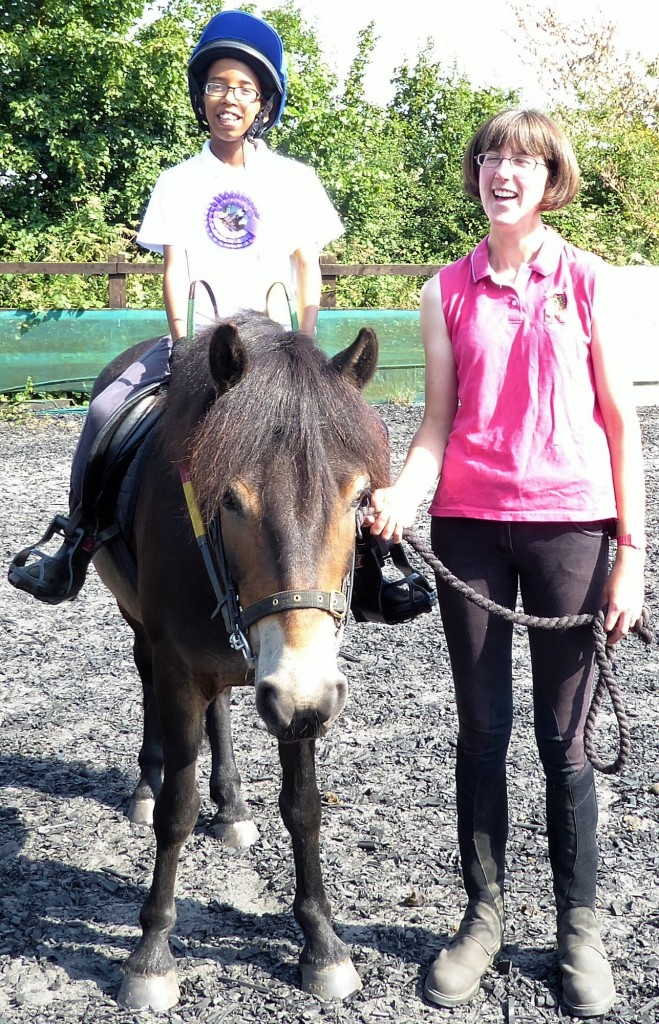 Hello everyone, I would like to introduce myself, I am Boycie and I arrived at Barrow Farm in 2015. I am an Exmoor pony like Tawny and we quickly became good friends, although Tawny does like to be boss. I let him, after all he does have vast experience at Barrow Farm and if I copy him at work hopefully I won’t go far wrong. Although we are both Exmoor ponies I missed out on being registered, unlike Tawny who proudly shows off his brands that prove his parentage. Sadly I have no idea who mum and dad were; I have had a very checkered history, several owners and even got stolen at one point.

Barrow Farm found me advertised for sale on the Exmoor Pony Owners face book page. My then owner was very careful to find me a good home and very sad she was having to sell me. As you may know, Anne loves Exmoor ponies and as I was living fairly close by in Dartford she came to see me. Luckily for me she liked me and I came to Barrow Farm. After a trial to make sure I would settle to RDA Barrow Farm bought me.

Like all Exmoor ponies I do have a big personality, I am cheeky, I like to try my luck and now I feel safe and secure at Barrow Farm I can, I am ashamed to say sometimes push my luck just a bit too much. I do like a bit of bucking when Clare asks for (in my opinion) too much cantering! Or if I get excited out hacking. Its all part of growing up and I am lucky that the team here understand me and are prepared to spend time helping me learn all about the demands of an RDA pony. Bucking absolutely not allowed. 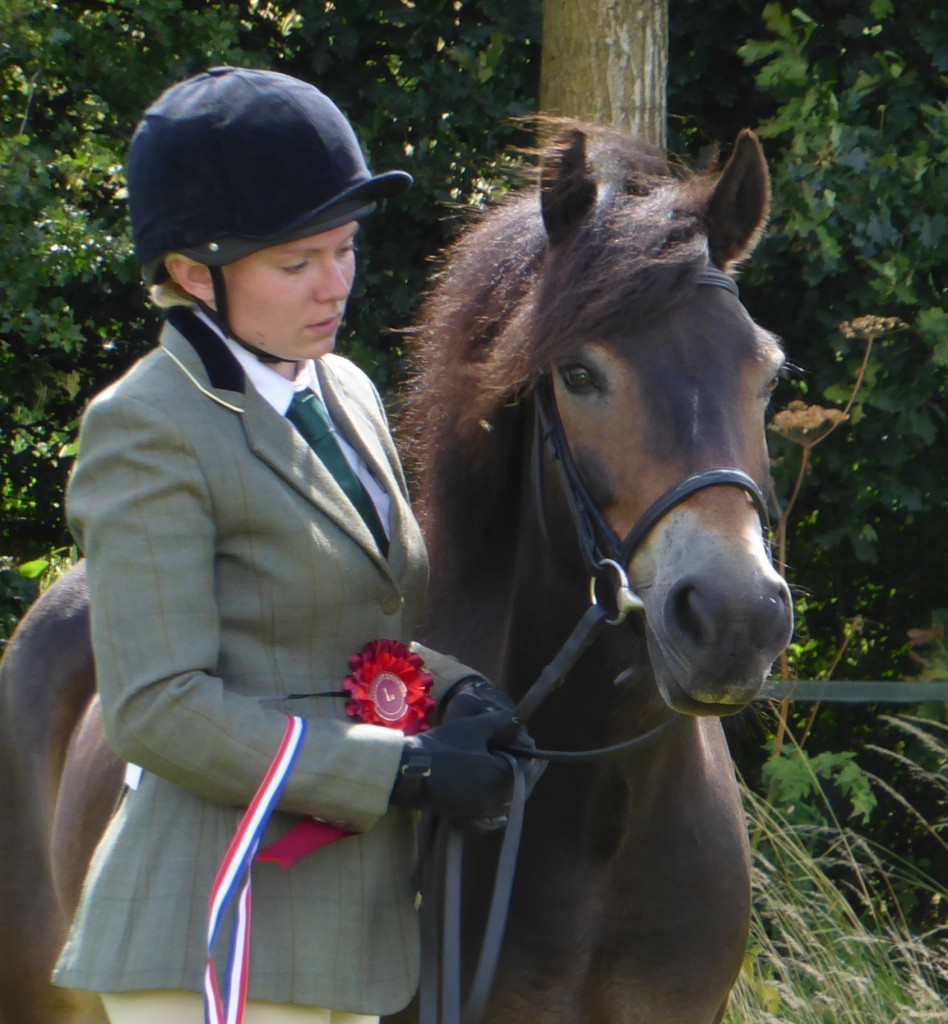 I have done lots of things during the summer to help me become as good as Tawny. I have been to a horse show where, whisper it, I beat him. Even if I say it myself I do scrub up well and looked stunning. We Exmoor’s do have very shiny coats. Another day we went cross country and played in the water, easy peasy for me. In May 2016 I had made my debut at the Barrow Farm Open day, excitement got the better of me during the musical pairs and I showed how well Taylor could sit my bucks! 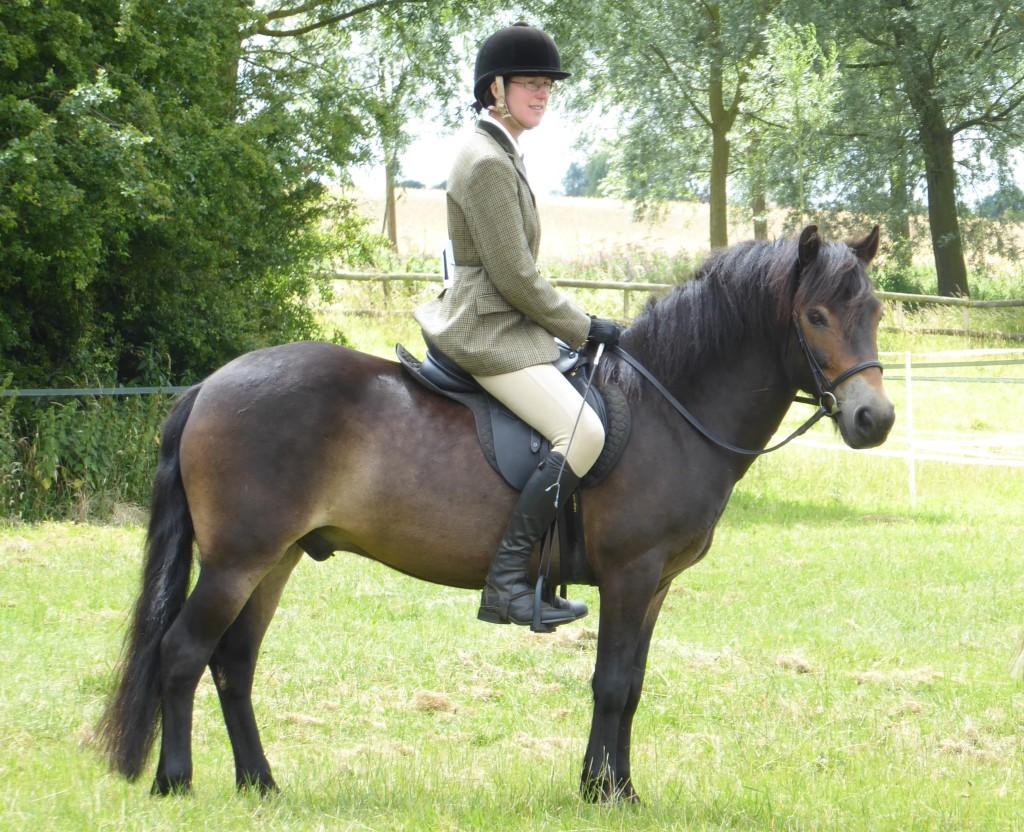 I have been working on some of the RDA rides for a few years now, and my workload has increased as I become a really useful pony. I like to walk fast and am popular with the boys. I am looking forward to a long and useful career with Barrow Farm. 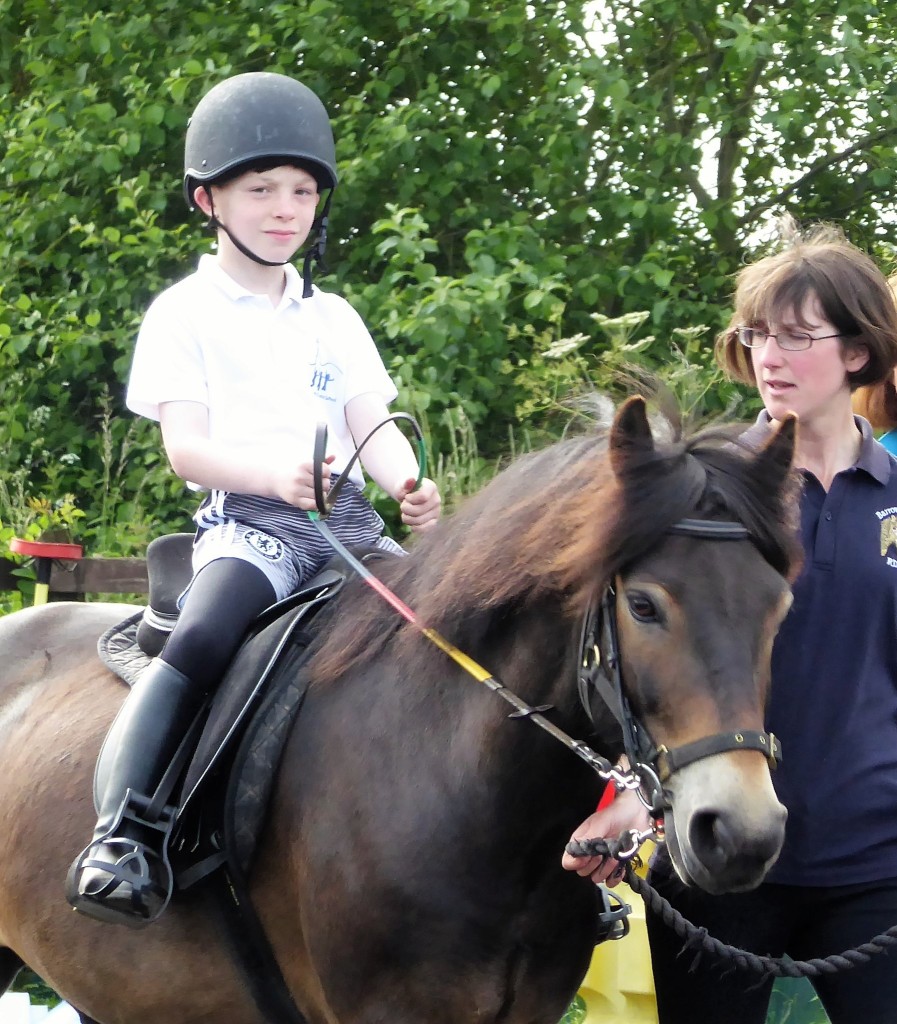 Barrow Farm would like to thank the following for helping to pay for my purchase and training.

Bill Ratcliff from Blackmore who raised money for me by doing a sponsored cycle ride. 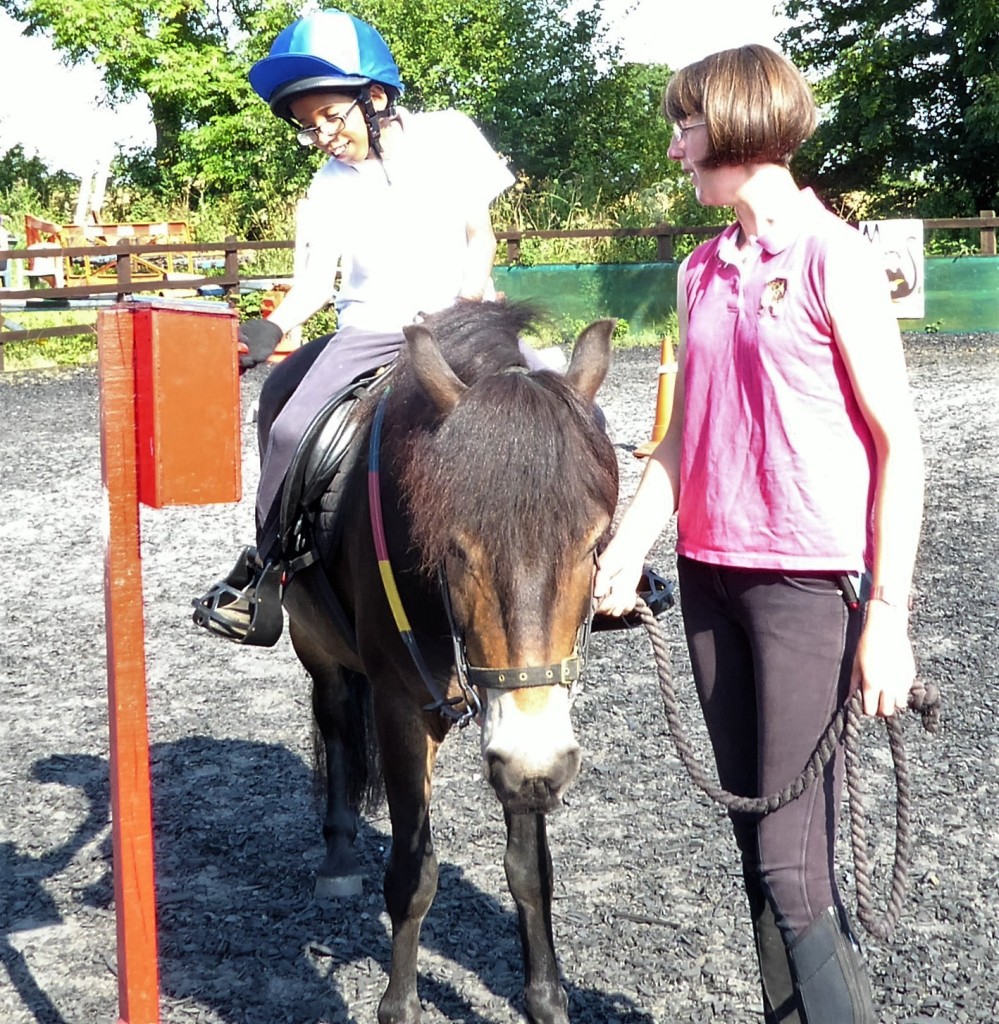 Well 2017 has seen me getting busier and busier. As I have got used to doing RDA I now do more sessions throughout the week. On Saturday I am very important as there are some rides with lots of children so all us little ponies have to work. In fact I am doing so well they asked me to go to the Regional RDA competition at Milton in Cambridgeshire as Tawny had so many riders. As I am still learning I only did the dressage classes but I did very well coming first in one class and first and second in the other. All of the riders had a great time too. To see me in action at the RDA competition take a look at the video below.

I just thought I would update you on what has been happening over the last few years. I continue to be a busy pony, mainly with the school rides and Saturdays. Sally and Clare must have been impressed with me when I went to the Regionals at Milton in 2017, as I went again in 2018 and 2019.

I branched out in to Countryside Challenge as well as dressage and I qualified for the Nationals in 2019. The trip to Gloucestershire was very exciting and I got to stay away for two whole nights. Unfortunately Tawny couldn’t come with me but I had Rafferty and Oural to keep me company instead. The stable I stayed in was massive! Four times as big as my stable at home! I was very well behaved and brought home lots of rosettes including 1st place in the Countryside Challenge with Elodie, but I also did some dressage and had a go at endurance with Jack.

As usual I spent the winter living out in the field at night with Tawny and coming in to work during the day. I still have a cheeky streak and Clare and some of the volunteers have to do some work with me to make sure I behave in the RDA sessions. This ‘ongoing training’ as they call it, seems quite dull to me but apparently it helps to ensure that I continue to be a really useful pony!

If you would like to adopt me, please go to the Sponsor a Pony page.